On 29th July 2020, the Union Cabinet has approved the new National Education Policy. The Cabinet has also accepted the renaming of the MHRD as the ministry of Education.

The new National Education Policy will replace the 34 years old existing National Education Policy which was last modified in 1992. In the election of 2014, the new NEP was part of BJP’s Manifesto. The draft of the new NEP was submitted by a panel led by former Indian Research Space Organization (ISRO) Chief Kasturirangan to the Union HRD minister Ramesh Pokhriyal ‘Nishank’ when he took charge in 2019.

The draft of the new NEP was amongst the first document to be released by the NDA government after winning the election of 2019. On 1st June, the draft was put in the public domain inviting suggestions from the public and more than 2 lac suggestions were received by HRD ministry about the new policy of education.

The draft of new NEP consists of 484 pages with four parts:

Among various changes in Education Policy, it is expected to bring a reduction in content load in the school education curriculum. This draft focuses on the affordability, equity, quality, and the foundational pillar access faced by the current education system.

The new National Education Policy has an objective to refurbish all aspects of the Indian education structure. It also aims to achieve compulsory education without fee for the age group of 3 to 18 years by 2030 as well as it aims to provide foundational literacy for all by 2025. The 10+2 system will be changed into 5+3+3+4 format which will be categorized in 4  stages:

The new education policy would allow foreign universities to set up their campus in the country. The new policy would also see an overhaul of the system in place in higher education.

In this regard, the Ministry of Education will make a formal announcement later. The final draft is likely to be announced today. 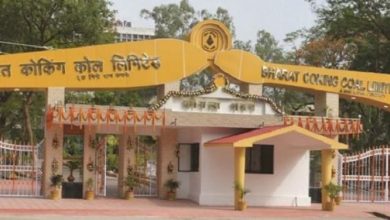