On Thursday, the rupee gained 63 paise to close at 73.13 (provisional) per dollar on the interbank foreign exchange market amid a positive trend in domestic stock markets and weakness in the US currency. The rupee had gained 22 paise to 73.54 per dollar in early trade. The rupee had closed at 73.76 per dollar on Wednesday. Meanwhile, the dollar index, showing the dollar’s position against the six currencies, declined by 0.19 percent to 93.70.

The rupee rose to a high of 73.07 per dollar during trading. It also touched a low of 73.60 per dollar. Forex dealers said strong macro-economic data boosted the rupee sentiment. “We are expecting some upward trading of the rupee in the near future due to the continuous flow of dollars in the domestic market and strong current account surplus,” said Sugandha Sachdeva, vice president, metals, energy and currency research, Religare Broking.

The strengthening of the rupee in crude oil prices will provide relief, as it is imported. The import bill of crude oil will come down and foreign exchange will have to be spent less. At the same time, due to the strength of the rupee, cheap capital goods will be available in India. If the rupee is strong then the electronic sector will also benefit, because cheap electronic goons can be imported. The positive impact of the rupee’s strength will be visible on the gems and jewelry sector. This will make it cheaper and will also affect the imports.

India imports large quantities of essential fertilizers and chemicals. It will also be cheaper with the strength of the rupee. Importers will get more at this lower price. This will directly benefit the region. At the same time, farmers will also benefit, their cost will be reduced, which will increase income.

The strengthening of the rupee will adversely affect the IT sector. The companies will get less income on the work they get, which will hurt them. At the same time, the export of medicine will also decrease. However, India imports a large amount of medicine and its raw materials, in which it will get some relief. Studying abroad will become expensive due to the strengthening of the rupee. Foreign travel will also become expensive. If the rupee is strong then the textile sector suffers a lot of losses in exports. 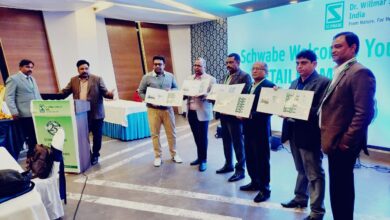