The Mukesh Ambani-led company – Reliance Industries profit was better than anticipated as analysts polled by Refinitiv expected the company to report profit of ₹ 11,009 crore.

The country’s most valuable company on Friday reported that its net profit rose 13 per cent to 13,101 crore in quarter ended December 2020 from 11,640 crore during the corresponding period a year ago.

The oil-to-telecom giant posted its highest ever quarterly profit as total expenses fell sharply during the quarter. Total expenses declined 22 per cent annually to ₹ 1.13 lakh crore from ₹ 1.45 lakh crore in the year-ago period.

Its earnings before interest, tax, depreciation and amortisation (EBITDA) — or operating profit — increased 12 per cent to ₹ 26,094 crore in the three months to December 31, compared to the previous quarter.

Reliance, which operates the world’s largest refining complex, said revenue from the oil-to-chemicals division fell nearly 30 per cent in the quarter from a year earlier. The business houses Reliance’s oil refining and petrochemicals operations. 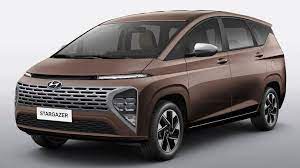