Former President of India Pranab Mukherjee died at the age of 84 on Monday evening. On Tuesday, he will be cremated with State Honour today, he will be given military honors here. The former president had brain surgery this month. At the same time, he was also suffering from coronavirus. After his death, the central government and several state governments have announced a seven-day official mourning day.

On Monday evening, the Defense Ministry issued a statement informing about the program during the funeral. It was told that due to the Covid-19 protocol, the body of the former President would be taken in a horse van or a dead body instead of a gun carriage. The last rites will be held at the crematorium in Lodhi Road.

Pranab Mukherjee’s body was brought to his residence at 10 AM Rajaji Marg, Delhi, where people are paying him the last tribute. President Ramnath Kovind and Prime Minister Narendra Modi also reached the former President’s residence and paid their last tribute to him here.

The statement said that State Mourning Day(Rashtriya Shok Diwas) will be observed from 31 August to 6 September to honor him. During this time, the national flag will be kept half tilted in the buildings on which the flag is hoisted regularly across the country and there will be no official celebrations anywhere. 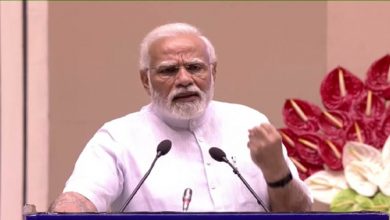