Congress leaders Rahul Gandhi and Priyanka Gandhi reached Hathras in Uttar Pradesh to meet the family of the victim. They talked to the victim’s family for about an hour. Meanwhile, Priyanka Gandhi hugged the victim’s mother’s. After the meeting, she said that she will fight against injustice and informed that the family wants a judicial inquiry. She also demanded the suspension of DM. Apart from the media and security personnel, there was a large crowd of locals.

The Police were prepared for his security, seeing the huge crowd outside. They have prepared the way by making a chain. Rahul Gandhi went back under the guard of security personnel. The victim’s family and Rahul, Priyanka, and Adhir Ranjan Chowdhury were present in a small room. According to the information, Rahul Gandhi and Priyanka Gandhi arrived inside the village of Hathras district at around 7:30 pm to meet the family members of the victim.

The opposition has targeted Rahul’s visit to Hathras. While Union Minister Smriti Irani termed Rahul’s Hathras visit as a political stunt, Yogi’s minister Siddharth Nath Singh said that Rahul and Priyanka have made Hathras a tourist spot. Union Minister Ramdas Athawale, who came to meet CM Yogi, has spoken about action on Hathras DM. UP Congress Chief Ajay Lallu has been arrested in Lucknow. 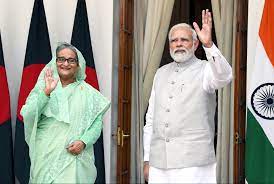