Yuzvendra Chahal wedding has been finalized. On Saturday, Yuzvendra Chahal shared his Roka’s Ceremony Photos with Fiance Dhanashree Verma on Social Media Platform and posts. Yuzvendra Chahal has shared the post on Twitter saying We said “Yes” along with our families Red heart #rokaceremony.

Dhanashree Verma is a Doctor, Choreographer, YouTuber, and the founder of Dhanashree Verma Company. Chahal is completely set to return to action with the 13th edition of the Indian Premier League(IPL).

Everyone is surprised when Team India leg-spinner Yuzvendra Chahal announced his Roka ceremony with choreographer Dhanashree Verma on Saturday.

Both were looking adorable together. They dressed in traditional attires. He also shared a picture in which both families are posed together.

After his post about his Roka Ceremony, wishes started pouring in for the couple from all over the world. Many celebrities, his friends, fans, and cricketers all of them wished him a great and happy future ahead.

Dhanashree, who is a YouTuber, has more than 1.5 million followers on her youtube channel.

Many cricketers and celebrities wished him by commenting on his post:

“Congrats to both of you,” India opener Shikhar Dhawan commented.

Team India leg-spinner Yuzvendra Chahal has played 52 ODIs and 42 T20 Internationals for India. The spinner has taken 91 wickets in ODIs, while he has claimed 55 scalps in the shortest format of the game.

Yuzuvendra Chahal would next be seen in the team of the Royal Challengers Bangalore (RCB) in the Indian Premier League (IPL) planned to be played in the UAE. The tournament will be played from September 19-November 10 and it will run for 53 days. 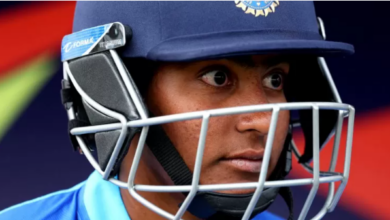