CM Yogi has expressed grief over the murder of a journalist that happened to be at the Phephana police station area in Ballia, Uttar Pradesh. He has announced the assistance of 10 lakh rupees to the victim’s family and ordered strict action against the accused.

42-year-old Ratan Singh was shot dead in the Phephana police station area in Ballia, UP. He was a journalist in electronic media. The family alleges that Sonu, the brother of the village’s pradhan had taken them with him and he was killed at Pradhan’s house. Family members also told that their old rivalry was going on with Pradhan and some people, there was a reconciliation agreement in between.

Ballia’s SP Devendranath has said that the reason for the murder is a quarrel of pattidari. DIG Azamgarh Subhash Chandra Dubey also said that the murder has nothing to do with journalism, rather it is a matter of property dispute. Currently, three main accused have been arrested from the spot. Other accused are being searched. The district has been stirred by the murder of a journalist.

This incident came to light within about a month of the murder of a journalist Vikram Joshi in Ghaziabad. In Ghaziabad, the journalist was murdered in front of his two daughters when he filed a complaint against those who harassed his niece.Meanwhile, in Lucknow, Additional Chief Secretary Home Avnish Awasthi said that three people Arvind Singh, Dinesh Singh and Sunil Kumar Singh have been arrested in the murder case.

Ballia police said that according to the information so far, journalist Ratan Singh was having a dispute with his neighbor over land. There was a fight between the two sides about this, in which the neighbor shot. Accused Dinesh Singh is his distant relative. He told that the police is investigating the case. The police has taken the body in its possession and is investigating the case. Ratan Singh was a journalist for a private Hindi TV channel. The Ballia Working Journalists Union has expressed deep indignation over his murder. 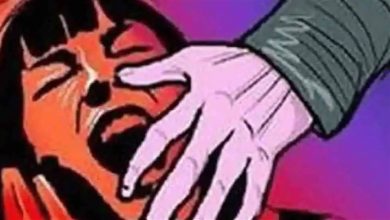