Tom and Jerry has its own fan following worldwide. Ever since their cartoon characters have been out… kids, teens even elders love watching Tom and Jerry.  Tom and Jerry trailor is now out and we can see Warner Brothers characters interacting out with the people in the real world.

The film is a 3D animation movie wherein the characters are showing off their interaction with the real world. What will excite you more is that the real world is all real except the Tom and Jerry Character. Its the first time that the tom and jerry movie is being made with live 3D animation.

Check out the trailor below:

The hybrid live-action/ animated movie is set to be the first theatrical release for Tom and Jerry in nearly three decades, since 1992’s Tom and Jerry: The Movie. Of course, whether that actually happens is dependent on how the world deals with COVID-19. Currently, cinemas have been re-closing in the US (due to a lack of blockbuster movies) and Western Europe (due to a second lockdown).

Tom & Jerry stars Chloë Grace Moretz as Kayla, Michael Peña as Terrance, Colin Jost as Dwayne, Ken Jeong as Jackie, Rob Delaney as DuBros, and Pallavi Sharda as Preeta. Vocal effects for Tom and Jerry are provided by their original voice artists William Hanna and Mel Blanc (as Tom) and Hanna, Blanc, and June Foray (as Jerry) with the help of archival audio recordings. Hanna is one of the co-creators of Tom and Jerry alongside Joseph Barbera.

Currently as stated the Tom and Jerry movie is to release on March 5, 2021 worldwide. 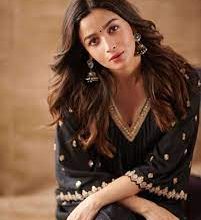