Union Health Ministry and the Indian Council of Medical Research (ICMR) has held a press conference regarding the condition of the corona virus in the country. In this conference, Secretary of the Ministry of Health, Rajesh Bhushan, Dr. VK Paul, Member, NITI Aayog, and Dr. Balram Bhargava, Director General of ICMR gave information about the condition of Corona in the country.

Rajesh Bhushan said, ‘A record number of Coronavirus samples have been tested in India in the last 24 hours. Their number was nine lakhs. He informed that the rate of recovery from the Corona virus in the country is increasing at a rapid pace. The number of patients recovering is more than 19.70 lakh. This number is 2.93 times higher than the corona active patients.

Dr. VK Paul said, “As far as the vaccine is concerned, the Prime Minister assured the countrymen on Independence Day. He has said that three vaccines are being developed in India and are in different levels of trials. One of these will be included in the third phase of the trial today or tomorrow. A vaccine is in the first stage and a vaccine is in the second stage.”

NITI Aayog member Dr. Pal said a new dimension of disease is coming out. The scientific and medical community is monitoring this. We have to be aware that it may have some impact later also. But far-reaching consequences or effects are not dangerous.

Regarding cases of symptoms appearing after infection in some patients, he said, as we have understood it, we will use the available resources of treatment. It is being learned and studied right now. The medical community is responding to this. 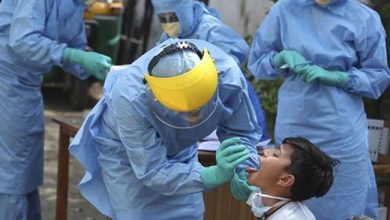