Three Indian wrestlers, including Deepak Punia, who has qualified for the Tokyo Olympics, have found Corona positive. The Sports Authority of India (SAI) confirmed this news on Thursday. All the wrestlers were involved in the National Camp of Wrestling at Sonepat Sai Center in Haryana starting from 1 September.

Deepak (86 kg category) has won the silver medal in the World Championship.

Apart from them, Naveen (65 kg category) and Krishna (125 kg category) have also been found to be corona infected. All have been quarantined after the report.

Wrestling Federation of India (WFI) assistant secretary Vinod Tomar told the news agency, “The camp was started with complete preparation and planning. All these (all three wrestlers) will be tested again after two days. If the report comes negative, they can be included in the camp again. There is no danger at the National Camp from Corona. This will continue. All wrestlers will be able to resume training after 14 days of quarantine. ”

Recently, International wrestler Vinesh Phogat (53 kg category) and coach Omprakash Dahiya were found to be corona positive. His second report came negative. However, both are in self-isolation. Vinesh has received the Khel Ratna and Omprakash received Dronacharya Award this year. Both were to be honored by the President in a virtual event on Sports Day on August 29 but did not attend due to the fear of transition.

While Punia said, “I don’t have any symptoms of corona. I don’t even feel anything wrong in my body. I’m completely fine. I don’t know how this test came positive. I am looking forward to my second Test to be held two days later. I’m not worried at all. ”

The Tokyo Olympics were to be held in July this year, which has been postponed for a year due to Corona. Now, this event will be held in 2021 from 23 July to 8 August. 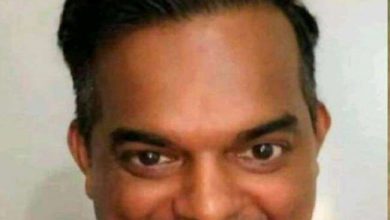