The Supreme Court has rejected the petition filed against Baba Ramdev’s company Patanjali Ayurved for the use of the coronil trademark. The Supreme Court, while giving relief to Baba Ramdev’s company, said that if the Coronil trademark was banned during this Corona period, then it would be wrong with the product. Chennai-based company Arudra Engineers had filed an application against Patanjali seeking a ban on selling the immunity booster drug from the coronil trade market as the name Coronil name has already belonged to their company.

Arudra, a company that manufactures sanitizers and chemicals, says it took the trademark name Coronil in 1993. On this petition of Arudra, the single bench of Madras High Court ordered Patanjali not to use the trademark, but then the division bench overturned the decision. The Supreme Court rejected the demand of Arudra Engineers saying that it should fight the case in the Madras High Court.

Earlier, the Madras High Court rejected this demand of Arudra Engineers. After this, Arudra moved the Supreme Court challenging the verdict, where it didn’t get a satisfactory decision again. Now Arudra will once again plead this case in Madras High Court. The court has set a date for next month for hearing this case.

Baba Ramdev has recently launched a corona drug called Coronil. However, after the objection and all the controversies of the Ayush Ministry, they have decided to sell it as an immunity booster rather than a medicine. In the past nearly decade, Patanjali Ayurved, a company of Baba Ramdev, has made rapid strides in the herbal and FMCG sector. Currently, the turnover of the company is Rs 10,000 crore annually. As the CEO of this company, Acharya Balakrishna handles the work, while Ram Bharat, younger brother of Baba Ramdev himself, also takes care of the daily work of the company. 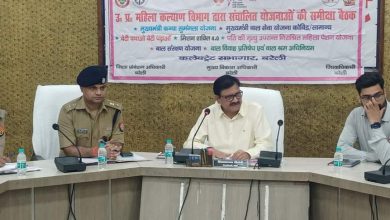