After reviewing the status of Unlock-4 in UP, the Yogi government of the state has now decided to impose a lockdown in the state only on Sunday instead of Saturday and Sunday. The Chief Minister said that markets will open from 9 am to 9 pm. Weekly closure of markets in the state will be done only on Sunday. CM Yogi has taken this decision after a high-level meeting held in Lucknow on Tuesday.

Earlier, on behalf of the government, Chief Secretary Rajendra Kumar Tiwari on Sunday released the Unlock-4 guidelines in the state. Under the new rules, 100 people have been allowed to participate in public programs in the state from September 21. Along with this, rules have also been made in the state for the operation of metro rail and to call teachers for online education.

As per the decision of the government, it has been decided to give several exemptions to the unlocked educational institutions. The government has said in the order that all schools, colleges, educational institutions, and coaching students and for general academic work will be closed till 30 September. However, from September 21, teaching and non-teaching staff in schools will be called for online education. For this, an SOP has to be followed, which will be issued by the Ministry of Health.

During the meeting held in Lucknow on Tuesday, two days after the release of these guidelines, the CM also reviewed the conditions of Corona in the state. In this meeting, Chief Minister Yogi Adityanath ordered to increase the Covid-19 test capacity in the state at the earliest and to take one and a half lakh tests daily. 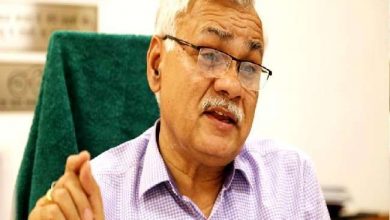