Kozhikode: Rescue operation has been completed in the Kerala aircraft accident. 18 people including two pilots have been confirmed dead, while 170 people have been saved. The Air India aircraft (IX-1344) had 190 people, including 174 adult passengers, 10 children, 04 cabin crew, and 2 pilots. The injured have been admitted to hospitals in Mallapuram and Kozhikode. The aircraft slipped off the Kozhikode runway due to rain and fell 35 feet down and broke into three parts. This accident happened at 7.41 pm on Friday evening.

There could be heard screams and shouts of injured and noise of the siren of ambulance everywhere. Screams, blood-soaked clothes, frightened crying babies, and the sound of ambulance sirens rocked the area as the plane coming from Dubai suddenly fell into the chasm. Amid the rain, rescue personnel including local civilians and police were quick to take out the injured men and women from the aircraft. The aircraft broke into two big pieces with loud sound and the passengers could not understand what happened in a moment.

Rescuers drove people out. During this period, four to five-year-old children were seen sticking in the lap of rescue workers, and all the belongings of the passengers were scattered here. On hearing the loud voice, the local people also ran for help.

Another person involved in the rescue operation said in an interview with the TV channel, “The injured pilot was rescued from the aircraft by breaking the cockpit.” Another local man said, “Hearing a loud voice, he ran towards the airport. The young children were trapped under the seats and it was very dreadful. Many people were injured. Many of them were in critical condition. Legs were broken. … My hands and shirt were soaked with the blood of the injured. ”

All the politicians, Bollywood celebrities, and the public from the whole nation have expressed grief over the plane crash. PM Modi also expressed deep sorrow over the accident. He tweeted:

Pained by the plane accident in Kozhikode. My thoughts are with those who lost their loved ones. May the injured recover at the earliest. Spoke to Kerala CM @vijayanpinarayi Ji regarding the situation. Authorities are at the spot, providing all assistance to the affected.

Distressed to learn about the tragic accident of Air India Express aircraft in Kozhikode, Kerala.

Have instructed NDRF to reach the site at the earliest and assist with the rescue operations. 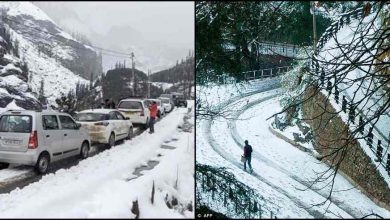