Mahant Nritya Gopal Das, president of the Ayodhya Shri Ram Janmabhoomi Tirtha Kshetraya Trust, has been found corona positive. He was brought to the hospital in Mathura on Thursday morning due to sudden deterioration. Mahant Nritya Gopal Das attended the Ram Mandir Bhoomi Pujan on August 5, in which many big personalities including PM Modi, CM Yogi were present.

His health suddenly worsened on Thursday morning. The District Magistrate Sarvagna Ram Mishra and CMO reached the temple as soon as the information was received. The health department team has reached the temple including the ambulance. He had trouble breathing with a high fever. His antigen test was done, which was reported positive. He was admitted to the COVID Center. Mahant Nritya Gopal Das Medanta Gurugram is being shifted for better treatment.

82-year-old Mahant Nritya Gopal Das went to Mathura this time with holy Saryu water from Ayodhya. He was also seated at the birthplace during the consecration of Thakurji. It was his disciple who carried out the tradition of consecration. From Tuesday, Sitaram was staying in the temple near State Bank. 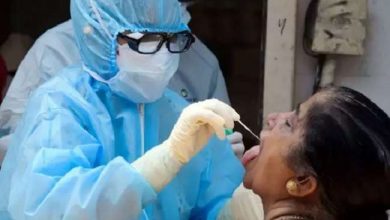