In the Bollywood actor Sushant Singh Rajput suicide case, the names of many film personalities are coming out in the investigation related to drug connection. NCB(Narcotics Control Bureau) has arrested several people including Rhea Chakraborty and summons have been sent to many prominent personalities of the film world. Now the name of Karan Johar is also seen in this list. In many media reports, there is a possibility of issuing summons to Karan Johar about a party. Meanwhile, Karan Johar has written and released his statement on social media.

Karan Johar in his statement has reacted to media reports saying that drugs have never been used in parties offered by him. He has also said about Kshitij Prasad and Anubhav Chopra that they have no personal relationship with these people and neither of them is my ‘assistant’ or ‘close associate’.

He wrote in his statement, “The wrong news is being run on some news channels, print and electronics media and social media platforms that drugs were consumed in the party which Karan Johar gave at his house on 28 July 2019. I made it clear in 2019 itself that these allegations are fake. Now seeing this campaign being run again, I again say that these allegations are baseless and false. No drugs were consumed at that party.”

These days, videos of Karan’s party are also being shared on social media, which has caused so much ruckus. Many movie stars like Deepika Padukone, Malaika Arora, Vicky Kaushal, Arjun Kapoor, Shahid Kapoor are seen in this party.

Former President Pranab Mukherjee still in deep coma, no change in his medical condition for a long time 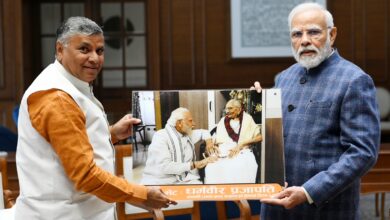