Punit Pathak, who has made his way from the stage of ‘Dance India Dance’ to Bollywood, has engaged with girlfriend Nidhi Singh. Punit Pathak has also shared pics on his Instagram account, which is becoming very viral. In the photo, Puneet Pathak and his girlfriend Nidhi Singh are seen sitting together. Punit’s engagement, from Terence Lewis to Gauhar Khan, Sugandha Mishra, Remo D’Souza, and many artists have given him many congratulations. Punit and Nidhi had been dating each other for a long time and both have also tied up in an engagement.

Punit Pathak, while sharing the engagement photos with girlfriend Nidhi, wrote, “Forever to begin with.” On the occasion of engagement, while Nidhi is seen in yellow and red traditional dress, Punit is seen in floral Indian outfits. Commenting on these pictures of him, Terence Lewis wrote, “I am very happy for you both. Puneet is always a blessing.” Remo D’Souza commented on the photo and wrote, “Congratulations.” Apart from him, people like Gauhar Khan, Faizal Khan Niti Mohan, and Mudassar Khan also commented and congratulated Puneet.

Punit Pathak has shared photos with his girlfriend on social media earlier. Talking about the career of Puneet Pathak, he started his career from the stage of Dance India Dance, where he was the second runner-up. After entering the world of dance, Punit Pathak has also judged several seasons of Dance Plus. He not only won the title of the ninth season of Khatron Ke Khiladi, as well as he appeared in reality shows like Jhalak Dikhhla Jaa and Khataar Khataar Danger. Apart from this, Punit also ventured into Bollywood through ABCD. 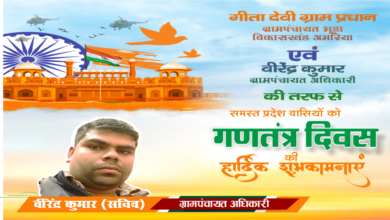