Uttar Pradesh had the highest number of 5217 infections in the past 24 hours. Earlier on August 19, 5076 cases were received. In 24 hours, 4638 patients recovered, while 70 people died. 509 active cases increased. After 5 consecutive days of decline, active case growth was recorded. Here 1.25 lakh tests were done on Saturday. It is the highest in the country.

According to the Union Ministry of Health, the number of people recovering from the epidemic has been 22,80,567 and the rate of recovery of patients has been 74.69 percent, while the death rate has come down to 1.87 percent. The number of cured people is more than 1.5 lakhs from the patients under treatment. Earlier, the Union Health Minister, Dr. Harsh Vardhan had said – Our recovery rate is probably near the best 75% in the world and the death rate is the lowest at 1.87%. One of our vaccine has reached the third stage of clinical trial. 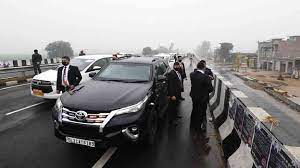