Due to the Covid-19 pandemic in the country, 41 lakh youths have lost their jobs. Employees working in construction and agriculture were the most affected. This has been said in a joint report by the International Labor Organization (ILO) and the Asian Development Bank (ADB).

The ILO-ADB report released on 17th August titled “Dealing with the Covid-19 Youth Employment Crisis in Asia and the Pacific” says, “India is estimated to be employing 41 lakh youth. Of the seven major sectors, construction and agriculture have led to the employment of the most people.”

The report said that due to the Covid-19 pandemic, the employment prospects for the youth have also suffered a setback. Due to the crisis, the youth of 15 to 24 years will be affected more than those of 25 and older people. Not only this, according to the economic and social costs, the risk is long-term and widespread.

The report called on governments to take immediate, large-scale targeted steps to create jobs for youth, put education and training programs on track, and reduce frustration over the future of the 66 crore youth population. Even before the Covid-19 crisis, youth in Asia and the Pacific had challenges regarding employment. Due to this unemployment rate was high and a large number of youth were out of school and work.

The regional youth unemployment rate in the year 2019 was 13.8 percent. At the same time, it was 3 percent among adults (25 years and older). More than 16 crore youth (24 percent of the population) were neither in employment nor in education or training.

According to the report, four out of every five young workers in the region are in the unorganized sector and one in four young workers is forced to live in poverty. Sarah Alder, the lead author of the report and head of the ILO Regional Economic and Social Analysis Unit, said, “The challenges for the youth have increased since the Covid-19 crisis. If attention is not given enough in this matter, there is a danger of a ‘lockdown generation’ being created, which may have to bear the burden of this crisis for many years.” 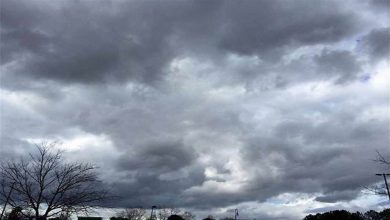