This time we are celebrating Bapu Ji’s 151st birth anniversary. Mahatma Gandhi was born in 1869 in Porbandar Gujarat. Truth and non-violence were his main principles.

Every year 02 October the whole country celebrates Gandhi Jayanti. At the same time, the whole world celebrates it as International Non-violence Day. Because Mohandas Karamchand Gandhi was born 151 years ago on 2 October 1869 in Porbandar, Gujarat. Those who know the world today as Mahatma Gandhi and the Father of India. On this occasion, various types of events including rallies, poster contests, speech, debate, drama are organized.

Father of the Nation Mahatma Gandhi was born on 2 October 1869 in Porbandar, Gujarat. His father’s name was Karamchand Gandhi and his mother’s name was Putlibai. His father was Diwan of Rajkot in Porbandar. Mahatma Gandhi’s real name was Mohandas Karamchand Gandhi and he was the youngest of his three brothers. Gandhi’s simple straight life was inspired by his mother.

Gandhiji had his initial education in Porbandar. He received his education from Porbandar to middle school, after which his father transferred to Rajkot, and completed his remaining education from Rajkot. In 1887, he passed the matriculation examination from Rajkot High School and got admission to Samaldas College, Bhavnagar for further studies, but due to being away from home he could not concentrate and returned unwell to Porbandar.

But due to being away from home, he could not concentrate and went back to Porbandar being unwell and he left for England on 4 September 1888. Gandhiji joined the London Vegetarian Society in London and became its executive member. Gandhiji started attending the London Vegetarian Society’s conferences and writing articles in the magazine. After staying here for 3 years (1888–1891), he completed his Barister and returned to India in 1891.

Gandhiji was married to Kasturba Ji in 1883 at the age of just 13. Kasturba did not know to read and write before marriage. Gandhiji taught him to read and write. Like an ideal wife, Ba supported Gandhiji in every work. Gandhi’s first child was born in the year 1885, but died shortly after.

Gandhiji was shot dead at Birla House by Nathuram Godse and his colleague Gopaldas at 5.17 pm on 30 January 1948. Gandhiji was shot three times, his last words were ‘Hey Ram’. After his death, his tomb has been built at Rajghat in New Delhi. 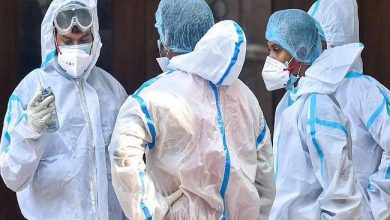