All preparations have been begun for the event and the “Bhoomi Pujan” by the Shri Ram Janmabhoomi Teerth Kshetra. The Prime Minister Narendra Modi will it by placing a 40 kg silver brick on 5th August. Signs of asterism (Nakshatra) will be made in the brick to be kept inside three and a half feet.

The soil and water from Triveni Sangam the confluence of the Ganga, the Yamuna, and a third mythical river the Saraswati, will reach Ayodhya on Thursday for the `Bhoomi Puja` of Ram temple. A three-member community of Vishwa Hindu Parishad(VHP) will take water and soil for Bhoomi Pujan.

For the auspicious occasion on 5th August, sacred soil from prominent temples from throughout the country and water from all holy and religiously-significant water bodies in India are being brought.

Here take a look of those places from where sacred soil and water has been brought for the Bhoomi Pujan:

Bhoomi Pujan event will be live telecasted on Doordarshan on 5th August 2020.

After the historic verdict of the Supreme Court on Babri Masjid vs Ram Janmabhoomi verdict, Prime Minister Narendra Modi will visit Ayodhya on 5th August for the special occasion “Bhoomi Puja” ceremony to begin the construction of a grand Ram Temple.

The 3-day long Vedic rituals, beginning August 3, will precede the main ceremony, according to the members of the Trust.

After an extended legitimate tussle, the Supreme Court had on November 9 last year ruled in the favour of a Lord Ram Temple at the disputed site in Ayodhya. The court had additionally directed the Centre to allot an alternative five-acre plot to the Sunni Waqf Board for building a new mosque at a “prominent” place in the sacred town in Uttar Pradesh. 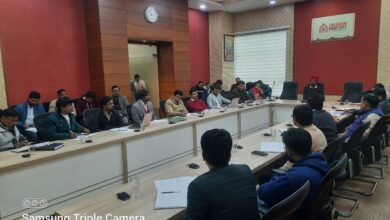 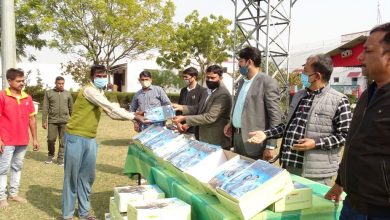