The Cricket Board of India has received formal approval from the central government to organize the Indian Premier League (IPL) this year in the United Arab Emirates. League chairman Brijesh Patel revealed this information on Monday. The IPL will be played in the United Arab Emirates from 19 September to 10 November in Sharjah, Dubai, and Abu Dhabi.

He also said that the tournament’s new title sponsor would be announced by August 18. There will be a seven-day window for interested companies to submit the bid.

At this moment though, the BCCI’s main priority is to find a replacement sponsor following the suspension of the IPL’s title sponsorship contract with Vivo. The Chinese smartphone producer that acquired the IPL title sponsorship for Rs 2,199 crore in a five-year deal in 2018, has suspended their association for the 2020 release of the tournament by common consent with the Indian board.

“We will issue an Expression of Interest (EOI), which will be coming today or tomorrow,” Patel said in an interview. A public backlash against Chinese companies amid the Sino-Indian border dispute saw Vivo and the BCCI mutually agree to a one-year moratorium in the IPL’s title sponsorship.

When any sports organization in India conducts domestic tournaments in abroad, approval has to be taken from the Ministry of Home Affairs, Foreign Affairs, and Sports. A top official of the board said, “After getting approval from the government, we had told the Emirates Cricket Board. Now that we have got written approval, the teams will be informed.

Most teams will leave after August 20, they will have to undergo two RT PCR tests within 24 hours before departure. The Chennai Super Kings team will leave on August 22.

The BCCI is also struggling to find sponsorship after breaking the agreement with Chinese mobile company Vivo. It was a Rs 440 crore deal. Baba Ramdev’s Patanjali has shown interest in becoming the new title sponsor. Apart from this, the names of companies like Reliance Jio, Coca-Cola, Biju, Amazon, Dream 11 are also coming out. 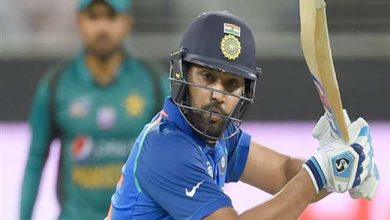