A part of the under-construction flyover has been collapsed at Sohna Road, Gurugram on this very Saturday at 9:47 PM when three girders installed between 2 pillars came crashing down in front of Vipul Greens condominium. And two peoples are injured in this accident.

The police confirmed that 2 labors are injured but a serious accident was averted because of the night time. The traffic volume is low since the market was closed on weekends because of the restrictions enforced by the state government to curb the spread of Covid-19.

Assistant commissioner of police, Aman Yadav, said that they received the information within few minutes of the collapse of the bridge. He said that the police reached the spot within five minutes. He also mentioned in his statement that no causality was reported and two labors at the site suffered from minor injuries.

The Sohna Road project was 21.66km long and was constructed in two packages. The first package consists of an underpass and elevated road from subash Chowk to Badhshapur covering 6Km. The section that collapsed was the part of the first package.

National Highway Authority of India (NHAI) confirmed the collapse and sealed the area for further investigation.

Ashok Sharma, project director, NHAI said, “We sent a team of officials immediately to.the spot after the incident. No work was going on today and the area was secure and barricaded. Normally such incidents don’t happen and there must be a technical reason which caused this. The technical.team will probe it. ”

Haryana deputy chief minister Dushyant Chautala tweeted that the injured have been admitted and are undergoing treatment. NHAI team, SDM, and civil defense team are at the site, he added. 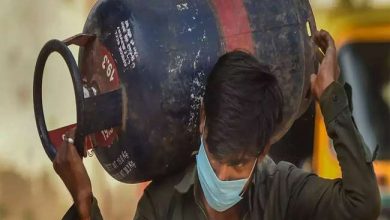