In the posh area of ​​Lucknow, the capital of Uttar Pradesh, the incident of double murder has come to limelight in Lucknow. The incident took place at the official residence of RD Bajpai, a senior Indian Railway Traffic Service (IRTS) officer. According to preliminary information, the ruffians(goons) barged into Bajpayee’s house and shot his wife Malti and 20-year-old son Sharad. His daughter, who was present in the house during the accident, is currently in a coma, who has been admitted to the trauma center.

Lucknow Police Commissioner Sujit Pandey visited the murder spot immediately where the incident was reported. During the interaction with the media, he said, ‘The body of the senior railway officer RD Bajpayee’s wife and son has been found in the official residence of his railway colony. Both have been shot and killed.

Murder has caused a sensation in the capital. A heavy police force is present on the spot. DGP Hitesh Chandra Awasthi himself has reached the spot. Railway Minister Piyush Goyal has spoken to CM Yogi Adityanath and DGP himself and asked to disclose the whole matter. RD Bajpai was in Delhi at the time of the incident. He has left for Lucknow after receiving information about the murder.

RD Bajpai’s daughter is a national shooter. She called on 112 after the incident, then called her grandmother. Police are now taking information from her about who murdered and what happened to her family. RD Bajpai is posted as Executive Director (Information and Public Relations) on the Railway Board in Delhi who has left for Lucknow.

The Gautampalli area of ​​Lucknow is considered to be the most VVIP area of ​​the city. Many ministers and officials have their government accommodations here. The Chief Minister’s residence and the Raj Bhavan are also located within a 100-meter radius. Policemen are stationed at every intersection and route here. In such situations, the incident the murder in such a heavily guarded area is very surprising. 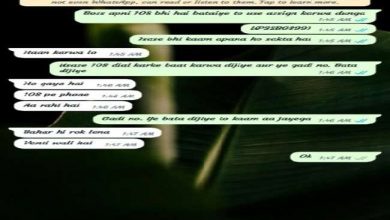