The CBI will now take over investigations into late actor Sushant Singh Rajput’s death, the Supreme Court ordered today, asking the Mumbai police to hand over all evidence it has collected to the investigating agency. In a big win for Bihar in its brawl with Maharashtra, the Supreme Court additionally said the FIR that is registered in Patna based on a complaint filed by Sushant Singh’s father was completely correct and Bihar was competent to ask the Central Bureau of Investigation (CBI) to investigate the case. Here are some important points of Supreme Court hearing as follows:

We welcome the decision of Supreme Court to allow CBI to continue with its probe of Sushant death case on the basis of FIR filed in Bihar.Our stand vindicated.#SushantSingRajput

Justice is the truth in action 🙏🏻
Truth wins …. #1ststeptossrjustice pic.twitter.com/2CKgoWCYIL

Humanity wins, congratulations to each one of SSR warriors, first time I felt such strong force of collective consciousness, AMAZING 👏👏👏#CBITakesOver

Congratulations to my extended Family!! So happy… first step towards victory and unbiased investigation. #JusticeforSushantSingRajput #OurfullfaithonCBI 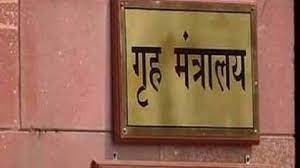