A major agreement has been approved between India and Russia regarding the AK-203 rifle amid tension on the border. During the visit of Defense Minister Rajnath Singh to Moscow, India and Russia have given final approval to the agreement to make state-of-the-art AK-203 rifle in India. Official Russian media gave this information on Thursday.

The AK-203 rifle is the latest and most advanced format of the AK-47 rifle. It will replace the Indian Small Orms System (INSAS) 5.56x45mm rifle. According to Russian government news agency Sputnik, the Indian Army needs about 770000 AK-203 rifles, of which one lakh will be imported and the rest will be manufactured in India.

OFB will have a 50.5 percent stake in IRRL, while Kalashnikov will have a 42 percent stake. Russia’s state export agency Rosoboronexport will hold the remaining 7.5 percent. According to the news, this 7.62 x 39 mm Russian weapon will be produced at Korva Ordnance Factory in Uttar Pradesh, which was inaugurated by Prime Minister Narendra Modi last year.

These rifles will be made in India under the joint venture Indo-Russian Rifle Private Limited (IRRPL), according to news from the Russian news agency. It is established between the Ordnance Factory Board (OFB) and the Kalashnikov Concern and Rosoboronexport.

The cost is expected around $ 1,100 per rifle, including technology transfer costs and the establishment of a manufacturing unit. According to Sputnik, INSAS rifles have been used since 1996. There are problems like jamming in it, problems in the magazine at the higher places on the Himalayan mountains. 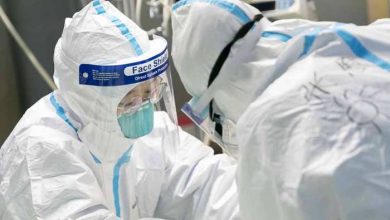