“Humble tributes to ‘rashtra kavi’ Ramdhari Singh Dinkar ji on his birth anniversary. His timeless poems will always continue to inspire not only literature-lovers but all countrymen,” PM Modi tweeted on Wednesday. Born in Simaria, Bihar, the poetry of Ramdhari Singh Dinkar became quite prevalent during the ongoing struggle for independence and people were greatly influenced by his poems.

His work has always been inspiring for politicians. Not only this, poems written by him had become quite popular during the Emergency in the country. Dinkar has been a member of the Rajya Sabha thrice. He was born in the year 1908 and in 1974 this great poet took a goodbye from the world.

Rashtrakavi Ramdhari Singh Dinkar had an unwavering love for his country. This was clearly visible in the writings of Rashtrakavi. Member of Bihar Legislative Council and former Professor of Hindi Department in Patna University, Dr. Prof. Ramkhava Rai states that Dinkar wrote ‘Waiting for Parashurama’ in 1962, hurt by the Chinese invasion of the country. The Rashtrakavi read a poetic recitation of ‘Waiting for Parashurama’ in the Senate Hall of Patna University. 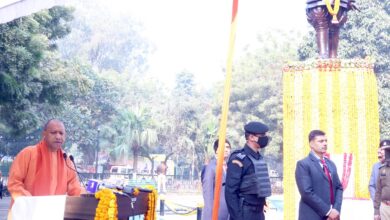