Prime Minister Modi, pointing to the incident of burning of tractors at India Gate on Monday, said, “These people are insulting the farmers and burning the machines and things that the farmers worship.”

Taking a dig at the opposition and tough style, Prime Minister Modi said, ‘Today these people are confusing the farmers on the MSP. Not only will the MSP remain in this country, but the independence of the farmers will also be maintained and they will be able to sell their produce anywhere. But some people do not like this freedom of farmers. Their era has ended another means of earning money.

Today these people are misleading farmers over MSP. There will not only be MSP in the country but also the freedom for farmers to sell their produce anywhere. But some people are unable to tolerate this freedom. Their one more medium to earn black income is finished: PM Modi https://t.co/bGQXerSvBX

PM Narendra Modi said these things while inaugurating several development projects in Uttarakhand through video conferencing. He said, ‘Many reforms related to farmers, laborers and health were brought during the recently concluded Parliament session. These reforms will strengthen the workers, youth, women, farmers of the nation. But the nation can see how some people are opposing it.’

The PM did not stop and said, ‘When the world was celebrating International Yoga Day under the leadership of India, then they were opposing yoga. When the Statue of Unity was created in memory of Sardar Vallabh Bhai Patel, he was still opposing it. None of their big leaders have gone to roam there even today.

Amazon releases the data who found Corona positive since March 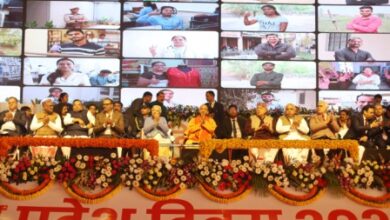