Kangana Ranaut has written a poem for the director & Producer Karan Johar, on his latest production, Gunjan Saxena: The Kargil Girl. While the daughter of Sridevi Janhvi Kapoor-starrer received positive reviews, the film also attracted controversy for its portrayal of the Indian Air Force.

Kangana Ranaut has been talking about nepotism in Bollywood for a long time. To promote nepotism, she has not only accused Karan Johar directly but she is also targeting Karan constantly. Now Kangana has spoken for Karan Johar’s Dharma Productions ‘Gunjan Saxena: The Kargil Girl’. Jahnavi Kapoor plays the lead role in this film and it is getting a mixed response. In such a situation, Kangana criticized Karan Johar and wrote a poem in his name.

The film Gunjan Saxena: The Kargil Girl has become controversial as it is not showing the patriotism in the movie. In the movie, Gunjan herself said that she just wanted to fly the plane. There was no arc to show she fell in love with the country and how she understood the real meaning of uniform.

Also what is with reluctant desh bhakti, many times Gunjan says in the film’ I don’t love my nation I just want to fly the plane’there was no arc to show she fell in love with the country n how she understood the real meaning of uniform!! All she says,”papa won’t let you down.” https://t.co/rMJOUYFXho

Kangana further tweeted, ‘Gunjan Saxena noticed a small aspect in the film which is missing the big picture and essence of a soldier’s life. In this, the opponents of Gunjan Saxena have been vindicated who say that we are here to protect Mother India, but you have come here for equal opportunity. The film ends here too – Gunjan wins, but not India.

All n all GS remains a petty film missing the larger picture and essence of a soldier’s life, proving her opponents right who said we are here to protect Bharat Mata but you are here for equal opportunity, that’s pretty much sums up the film in the end Gunjan wins not India.SAD !

Apart from Jahnavi Kapoor, Pankaj Tripathi, Angad Bedi, and Vineet Kumar Singh have also worked in this biopic of Gunjan Saxena, the first woman pilot of the Indian Air Force. This film, directed by Sharan Sharma, is released on Netflix on 12th August. 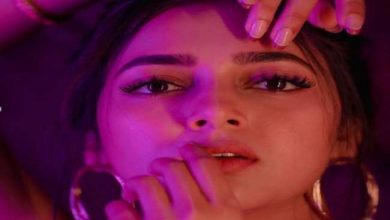