Chennai Super Kings fast bowler Deepak Chahar has completely recovered from Corona. He himself informed about his recovery on Tuesday. Chahar said that I have recovered and hope to return to the field soon. His corona report came out positive last week. He was in isolation since then. CSK shared Chahar’s video from the official Twitter handle, in which he is seen doing weight training.

Deepak has taken 33 wickets in 34 IPL matches so far. He took 22 wickets in 17 matches playing for CSK last season. Deepak has taken 2 wickets in three ODIs for Team India, while 17 wickets in 10 T20s. He is the first bowler to take a hat-trick from India in the T20. He achieved this record in a T20 match against Bangladesh in November last year. He then took 6 wickets for 7 runs in 3.2 overs.

Last week, 13 members of CSK were found corona infected. It also included fast bowler Chahar and batsman Rituraj Gaikwad. Under the protocol, the remaining players could enter in training session only after two negative tests. All the reports in the test came negative on Monday. They will be tested again on 3rd September. If the report comes negative, the team will start training from 4 September. However, 13 others including Deepak Chahar-Rituraj were not tested. They will be tested after 14 days of quarantine.

The Board of Control for Cricket in India (BCCI) has planned to conduct 20,000 corona tests during the IPL. The board will spend Rs 10 crore for this. Every 5th day during IPL, there will be a corona test of the staff including all the players. This time due to Corona, the tournament will be held in the bio-secure environment in the UAE from 19 September to 10 November. 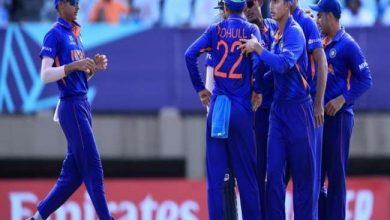