The Haryana Police has registered a case against one of its own Inspector General (IG) for forcibly committing indecent assault on two women. According to the information, Hemant Kalsan, Inspector General of Haryana Police (IG), has been arrested on Friday night for allegedly abusing two women by entering houses in the Pinjore area of ​​Panchkula.

Haryana: Inspector General (IG) of Police, Hemant Kalson, has been booked and arrested for allegedly misbehaving with two women after trespassing into their houses at Pinjore in Panchkula yesterday night, says Panchkula Police

The police registered a case against IG Hemant Kalsan under various sections of the IPC on the basis of both complaints and arrested them on Saturday. 55-year-old Hemant Kalsan, currently serving as IG Home guards in Panchkula, has a longstanding relationship. Even before now, action has been taken against him many times.

Earlier, Kalsan had allegedly abused a woman from Pinjore on 27 July this year, after which a case was registered against him on 2 August under Section 509 of the IPC. In April 2019, he was suspended for firing in the air while on election duty in Tamil Nadu.

In September 2018, he was attacked by passers-by in a road-rage incident. Kalsan was following him with a friend and was going from Pinjore to Panchkula when an SUV overtook his vehicle at a high speed. They allegedly chased the vehicle and forced the driver to stop. However, no FIR was registered in that incident. 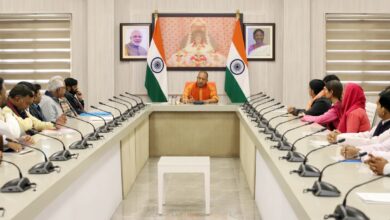