It will be compulsory now to install FASTAG in older vehicles too. The government has proposed a change in the Motor Vehicles Act for this. Accordingly, it will be compulsory to install Fastag older vehicles (four-wheelers) of M and N categories sold before December 1, 2017. The new system will come into effect from 1 January 2021. That is, it will be mandatory for older vehicles to fasten before this period. The Ministry of Road Transport and Highways has released its draft and sought suggestions from people on it.

Earlier, the government had made FASTAG mandatory for registration of all new four-wheelers from 2017. It is offered by the vehicle manufacturer or dealer. It was also mandated that the renewal of the fitness certificate of transport vehicles would be done only when the FASTAG would be fitted. Apart from this, Using FASTAG was mandatory for National Permit Weekles from 1 October 2019.

FASTAG is a device used on the glass in front of the vehicle. And it has Radio Frequency Identification (RFID). As soon as your vehicle comes near the toll plaza, the sensor on the toll plaza cuts off the charge on that toll plaza from your FASTAG account as soon as the sensor on the windscreen of your vehicle comes in contact with the FASTAG. Stopping there, we pay our plaza tax. This tag installed in the vehicle will start its work as soon as your prepaid account is activated. 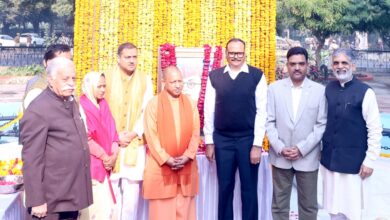