The country today successfully tested the Hypersonic Technology Demonstrator Vehicle (HSTDV), achieving a major breakthrough in the field of defense research. Defense Minister Rajnath Singh gave this information on Twitter and said that it has used the developed Scramjet Propulsion System in the country. It was first tested in June 2019.

The @DRDO_India has today successfully flight tested the Hypersonic Technology Demontrator Vehicle using the indigenously developed scramjet propulsion system. With this success, all critical technologies are now established to progress to the next phase.

On Monday, India became the fourth such country after the US, Russia, and China to have hypersonic technology. After successful testing of HSTDV from APJ Abdul Kalam Testing Range at Balasore, Odisha, India has acquired the technology which has cleared the way for the missiles to exceed six times the speed sound.

The HSTDV, developed by the Defense Research and Development Organization (DRDO), was test-fired through the Agni missile at 11.03 am. According to government sources, this means that in the next five years DRDO will develop hypersonic missiles using Scramjet engines, which will have a Mach 6 speed.

The test was carried out under the leadership of DRDO Chief Satish Reddy and his hypersonic missile team. HDTDV succeeded on all parameters including combustion chamber pressure, air intake, and control. At 11.03 am the Agin missile booster took the hypersonic vehicle to a height of 30 km, after which the two separated.

Congratulations to @DRDO_India for successful flight of the Hypersonic Test Demonstration Vehicle today. The scramjet engine developed by our scientists helped the flight achieve a speed 6 times the speed of sound! Very few countries have such capability today. 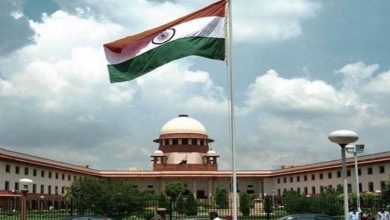