The Central Board of Secondary Education (CBSE) has informed the Supreme Court that the results of the CBSE compartment exam 2020 for class 12 will be released by October 10, 2020. The result will be available on the official website of CBSE, cbse.nic.in. At the same time, the UGC told the court that students will be admitted to colleges by 31 October. The CBSE compartment examination case was heard in the Supreme Court today.

The bench presiding over the hearing was presided over by Justice AM Khanwilkar. During this time, both the lawyers of CBSE and UGC were present. The court expressed satisfaction over the ample time available for the admission of the students.

Earlier in the September 22 hearing, the Supreme Court had asked the board to coordinate with the UGC, to ensure that students who pass the exam get admission in the current academic year. A bench of justices AM Khanwilkar and Sanjeev Khanna had said that it is not a small thing to affect the careers of 2 lakh students. Their career will be affected for a full year.

Education Minister Ramesh Pokhriyal ‘Nishank’ also urged the CBSE and UGC presidents to coordinate the dates of release of CBSE compartment exam results. At the same time, students taking compartment examination had requested the court to ensure that the results are declared early so that they are not denied admission in colleges this year. 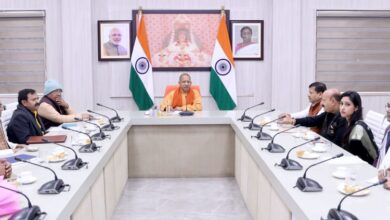