A sero-survey that has been conducted in the capital Delhi to detect the spread of coronavirus (COVID-19) infection showed that on average, 29.01 percent of people in Delhi had IgG antibodies. Studies conducted by the National Center for Disease Control (NCDC) also indicated that a large number of infected individuals remained asymptomatic. This report means that about one-fourth of Delhi’s population has antibodies, that is, one-fourth of the population has been exposed to Covid-19 virus.

While releasing the report of the second sero-survey, Delhi Health Minister Satyendra Jain said that this sero- surveys were conducted from 1 to 7 August. Delhi has a population of about 2 crores. Out of which 15 thousand samples were taken. In which the report of 12598 samples has been submitted. Earlier, the first sero-survey was conducted under the NCDC. In which antibodies were found in about 23.48 percent people.

The Union Ministry of Health and Family Welfare (MoHFW) first started sero-survey studies in Delhi in June. A government statement stated that the study was done by the NCDC in collaboration with the National Capital Territory of Delhi Government. The first survey was conducted from June 27, 2020, to July 10, 2020.

According to laboratory standards, in the first survey, a total of 21,387 samples were collected and tested. These tests helped identify the presence of antibodies in the general population. This test is not a diagnostic test, but only provides information about previous infections caused by SARS-CoV-2 in individuals found to be COVID-19 positive.

For this, survey teams were formed for all 11 districts of Delhi. Blood samples were taken after obtaining written consent from the selected individuals for the survey and then tested for IgG antibodies and infection for infection using COVID KAVACH ELISA approved by the Indian Council of Medical Research (ICMR). One of the largest sero-circulation studies conducted in the country using the ELISA test.

Results of sero-prevalence study show that nearly 6 months into the epidemic, only 23.48% of ppl are affected in Delhi, which has several pockets of dense population.This can be attributed to efforts taken by Govt as well as citizen compliance to COVID appropriate behaviours: GoI https://t.co/kdobGqlWcj 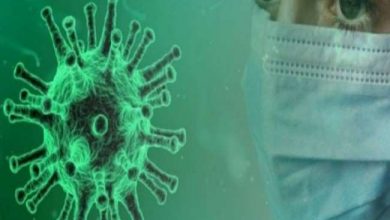