Valsad: A massive fire broke out at a biochemical factory in Vapi city of Valsad district in Gujarat on Saturday afternoon. More than eight fire tenders are on the spot trying to blow out the fire.

A huge amount of smoke can be seen out of the factory, which was completely immersed in the fire. A massive fire breaks out the factory in Gujrat’s Vapi today.

A major fire broke out in the factory engaged in the manufacturing of a wide assortment of carbon powder at Vapi Green Delta Insurance Company Limited (GDIC). About 12 fire tenders were rushed to the spot. The fire was caught around 1:15 pm and was brought under control within two hours. A huge amount of black smoke was seen billowing out of the factory, which was completely immersed in the fire.

The fire was allegedly caused due to a blast in the solvent drums of Shakti Biosciences Private Limited, a pharmaceutical company situated in the third phase of Vapi GDIC. However, the exact reason behind the fire is yet to be investigated.

While the number of people present at the factory during the fire is still unknown, no casualties have been reported yet.

#WATCH Gujarat: Fire breaks out at a chemical factory in Vapi, Valsad. More than 8 fire tenders are at the spot. More details awaited. pic.twitter.com/ELsVSD2x1W 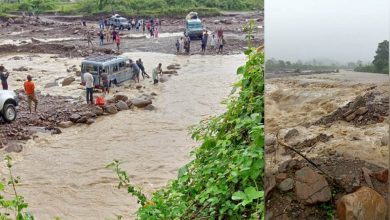