Hindi cinema veteran actor Shakti Kapoor celebrates his birthday on 3rd September. He is one of the actors of Bollywood who has always won the hearts of viewers by becoming not only a villain on the film screen but also in comedy role. Shakti Kapoor made an indelible mark in every 90s film with his character.

On the occasion of his birthday, B-Town Celebs has congratulated him. At the same time, Shakti Kapoor’s daughter and actress Shraddha Kapoor has wished him. Shraddha Kapoor has shared an old picture of her father Shakti Kapoor on her social media account. In this picture, he is seen smiling. He wrote with it, ‘Happy birthday my precious Bapu. Thank you for being my superhero and the best father of the universe.

Birthday Baapu!🎉 #ShaktiKapoor
Happy birthday to my precious Baapu!
Thank you for being my Superhero and the best father in the universe 💫🥰💜 pic.twitter.com/TyHldUH5ZR

Shakti Kapoor has worked with different actors in his film journey. Initially, he did small roles in many films, but he got his real identity from the 1977 film ‘Khel Khiladi Ka’. He then worked with more than one film and artist. In many films, Shakti Kapoor got a lot of popularity because of his look and dress.

Shakti Kapoor’s real name is Sunil Sikandarlal Kapoor, but he changed his name to Shakti Kapoor shortly after making his entry into the film world. He belongs to a Punjabi family. He did his studies from Kirori Mal College, Delhi University. After which he started his film journey. 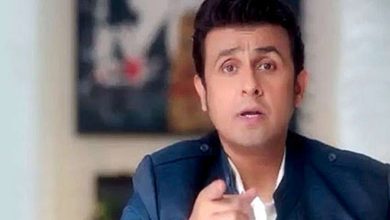