Actor Akshay Kumar is currently shooting for his upcoming spy-thriller film ‘Bellbottom’ in Glasgow, Scotland. Many pictures of Akshay from the set of ‘Bellbottom’ are going viral on social media, in which people are enjoying the retro look of Akshay. As far as Akshay’s look is concerned in this picture, his long mustache, high neck sweater, bellbottom pants, jacket, goggles are very much liked by the people. The film is directed by Ranjit Tiwari. ‘Bellbottom’ is a spy thriller from the 1980s.

Also, one thing is said about this film that it is inspired by the true event. The film also stars Huma Qureshi, Vani Kapoor, and Lara Dutta. Considering COVID-19, shooting is being done in Scotland following the safety protocol.

The film ‘Bell Bottom’ (Bell Bottom) is based on the 1980s and Vani told how she has worked hard to mold herself into the character of the film. I’m very excited about the look and feel of the decade, and we’re working on some of the interesting looks of that era. I’m making my notes, watching old movies, and doing some research. We’ve done the 80s Tried to bring the things of the decade into my heart and mind, and this experience has been very fun. 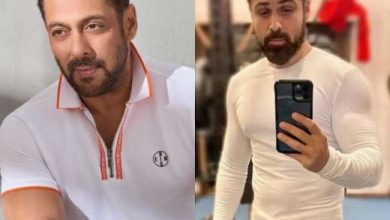