After the Supreme Court gave the go-ahead CBI on Friday, Mumbai started investigating the Sushant Singh Rajput death case and took documents and reports related to the case from the Mumbai Police. A special investigation team of the CBI, equipped with officers, other personnel, and forensic experts, reached Mumbai on Thursday. CBI officials started investigating the case on Friday morning and brought the Rajput cook to the DRDO and IAF guest house in suburban Santa Cruz for questioning. CBI officials have stayed here.

AIIMS has constituted a five-member medical board of forensic experts on Friday (August 21) to examine the files of Sushant Singh Rajput’s autopsy. The CBI sought AIIMS opinion on the matter on Friday. Dr. Sudhir Gupta, head of the forensic department of AIIMS will lead this team. “We will look into the possibility of murder, although all possible angles will be investigated in-depth,” he said.

He said that by looking at the scars of the wound on Sushant’s body, he would be matched with circumstantial evidence. “The preserved viscera will be investigated,” Gupta said. The medicines being given to Rajput to relieve depression will be analyzed in the AIIMS laboratory. ” 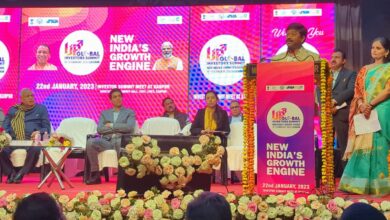 GIS-23: Team Yogi gears up to invite investors from Bengaluru