In Bulandshahar district of Uttar Pradesh, a suicidal case of a 14-year-old girl allegedly fed up with sexual harassment has come to light. The girl was dragged to the farm and harassed by 3 men and they also made a video of his abusive act went viral. Unscrupulous criminals have revealed this act in Bulandshahr. It is also serious that a minor girl who has been molested has committed suicide by consuming poison.

The girl’s family says that three people from the village sexually harassed the victim and made a video of the incident. After this, they put the video on social media. After which the minor girl committed suicide. The police claim that they will arrest the accused soon.

Police officer Gopal Singh said, “As soon as the police came to know about the incident, he himself approached the family. Based on the family’s statement, a case has been registered against the three accused. We are putting all efforts to get the accused as soon as possible.”

Bulandshahr police said that they have filed an FIR on the complaint of the deceased’s family and the police will arrest the three accused soon. Police claimed that the girl’s family cremated her on Monday. The police went to the deceased’s house after getting information from local people about the incident related to the girl’s death.

Congress General Secretary Priyanka Gandhi Vadra today targeted the Uttar Pradesh government over the increasing crimes in Uttar Pradesh. She wrote in his tweet- “There are big incidents of Dalit oppression, killing of Dalits in UP. Mahoba, Agra, Gorakhpur, Rae Bareli, Hardoi”. Will the BJP government bother to explain why the incidents of Dalit oppression are not stopping in the state? The state government should stop ignoring these incidents, now take action and respond. ” 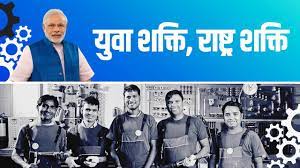